– SUV arrives in special series of 200 units with details in graphite, new wheels and internal finishing. Seven-seater vehicle has four-wheel drive, paddle shifters, eight airbags and plenty of comfort for the whole family. 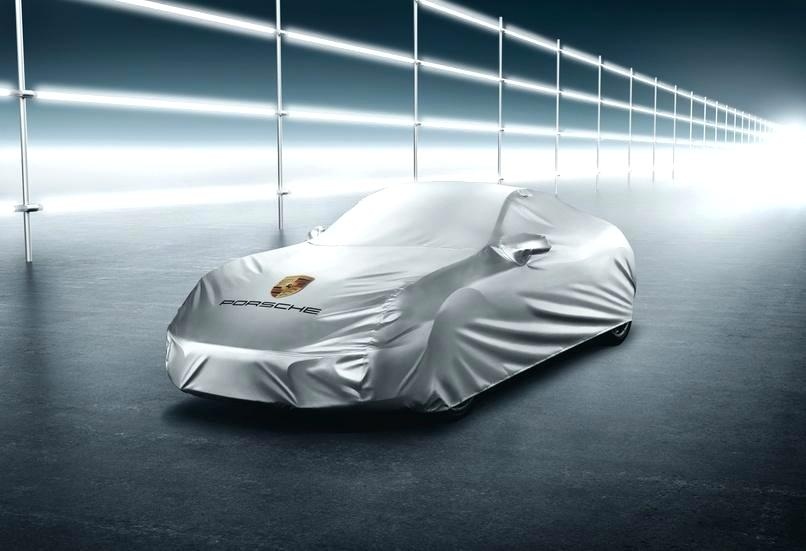 Power, robustness, technology and, why not, sportsmanship. The Pajero HPE-S special version comes equipped with Mitsubishi Motors 4×4 DNA and a special design touch. The special series is numbered and has only 200 units.On the outside, the graphite details are eye catching and are everywhere: door handles, rear view mirrors, roof rack, skid plates and front grille. The new LED daytime running lights (DRL) in LED complete the look and give even more safety. Inside, the bright gray seat set has special stitching that enhances the interior space and gives even more refinement. The Pajero HPE-S comes with new 18-inch alloy wheels and Pirelli Scorpion Green All Season 265/60 R18 tires.The SUV comfortably carries the whole family with plenty of room for up to seven occupants and is able to cope with the most difficult off-road situations thanks to the complete reduced-wheel drive system. For more details check on waterproof car cover amazon.

The Pajero HPE-S is a complete vehicle equipped with multimedia system, leather seats with electric adjustment in the front, power steering with Paddle Shifters in Titanium Style, rain sensor and automatic headlights, automatic air conditioning, keyless for opening and door mirrors, electric rear-view mirrors, and the Full Airbags system, with eight airbags: two front, two side and four curtain airbags.Technology and practicality are present in every detail of the HPE-S Pajero. In addition to all the comfort, the vehicle is ideal for long journeys, since it is equipped with a fuel tank of 90 litters, providing much more autonomy. With a turning radius of 5.6 meters, the Mitsubishi Pajero is versatile in any situation, allowing cornering and manoeuvring with ease.

Complete in every detail

The Mitsubishi Pajero HPE-S has plenty of room for up to seven occupants, thanks to the third row with the Double Action Folding system, where the seats are foldable and embedded in the floor, leaving even more room for the trunk. When used, they offer total comfort to passengers, including independent air conditioning. The capacity of the trunk can reach 1,627 litters.For the even greater comfort of the driver and passengers, the Pajero has 24 vehicle-mounted object holders, two 12V sockets and 12 courtesy lights that guarantee better visibility inside.The Frontside front has bold and harmonic design, integrated off-road grid to the optical assembly that receives HID xenon headlamps with automatic height adjustment and washer. In addition, the Pajero HPE-S is equipped with the modern DRL with led lamps, which make the look even more daring and ensure the safety to rotate during the day. The fog lights are integrated into the bumper and the Power Design wheels are 17-inch light alloy wheels.The vehicle is equipped with Power Touch multimedia system, GPS, CD, DVD and MP3 Player and Bluetooth with speakerphone, rear camera with the images being displayed on the 7-inch screen and parking sensor.

Robust on the outside and docile at the wheel. The Pajero HPE-S is equipped with a 3.2-liter, 16-valve inline four-cylinder diesel engine, common rail common-rail injection, turbocharger and intercooler, delivering power from 180 hp to 3,500 rpm and torque from 373 Nm to 2,000 rpm .The Mitsubishi Pajero’s technology allows for up to 20 gear combinations, making this SUV a perfect vehicle for driving in large cities and across diverse terrain. The five-speed automatic transmission is equipped with Sports Mode and INVECS-II (Intelligent & Innovative Vehicles Electronic Control System), which gathers information on the driver’s driving style, including how to accelerate and brake, and adapts automatically, making it even more enjoyable to drive in any situation.The driver can opt for the Sports Mode sequential mode, where the gear shifting is done manually both on the console lever and on the Paddle Shifters strategically located behind the wheel.

The off-road vocation is standard on this SUV thanks to the modern Super Select 4WD traction system with four distinct modes of selection: 4×2 (2H), 4×4 (4H), 4×4 locked (4HLc) and 4×4 locked with reduced (4LLc) .In 2H mode, the SUV operates only with rear-wheel drive, and is recommended for both urban and highway use, where four-wheel power is not required and fuel economy is preferred. The 4H mode enables the vehicle to electronically distribute the four-wheel drive force, acting when needed and ideally suited for roads and wet floors with low grip.Already in 4HLc mode, the traction will be working all the time on all four wheels with the center differential locked and is recommended for off-road situations. The 4LLc mode will also feature four wheel drive with the center differential locked and reduced, where full force is required, such as obstacle transposition.The angles of entry and exit show all their off-road vocation. The angle to climb is 36º, 25º exit, with possibility of lateral inclination up to 45º, in addition to a maximum capacity of 35º. The ground clearance is 215 mm, which leaves the driver and passengers with a complete view from inside the vehicle.The Mitsubishi Pajero is built on the concept cab on chassis, and has 20 reinforced points in its structure, resulting in more pleasant, quiet and comfortable trips. The chassis consists of box type type struts with high torsional and flexural strength, capable of facing the biggest off-road challenges. The rydedynamics.é suspension is sturdy and comfortable in all situations.

The Pajero is equipped with the latest in security. The booth has the RISE system of programmed deformation. The steering column, pedal and internal rearview mirror are collapsible and this SUV also has side protection bars and Full Airbag system, with eight airbags: two front, two side and four curtain.The brake system has 4-ABS technology with EBD and BAS, which electronically distributes the braking force on each wheel, keeping the vehicle on a correct and safe trajectory even in brake use limits.

Style and beauty are present in every detail of the HPE-S Pajero. For access to the vehicle, the keyless system facilitates the locking and unlocking of the doors. The model has an optical assembly integrated to the bumper, fog lights with frame in graphite color and chrome contour, in addition to a front grille with chrome frame. Parachute in the front and rear mudguard preserves the bodywork and paint in extreme situations.With two gas shock absorbers, the opening of the back cover is made without difficulties. The rear-view mirrors are electronically foldaway and the door handles are chrome-finished. Strategically positioned footrests facilitate access to the vehicle. Completing the outside.The three-spoke steering wheel comes with autopilot and integrated audio controls, plus steering column adjustment.The Pajero HPE-S is 4,695 mm long, 1,815 mm wide, 1,840 mm high with a rack and 2800 mm inter-axle.

The Mitsubishi Pajero HPE-S has a three-year warranty and is available in three colors: Alpine White, London Gray, and Black Onyx.

Mitsubishi introduced the new generation of Pajero Sport in Thailand. The model has been completely renewed, following the changes undergone by the latest launches of the brand, having its inspiration in the GR-HEV Concept with the new design identity “Dynamic Shield”.

In visual terms the model brings out as a highlight the new standard already incorporated by the renewed Outlander. The front features tapered headlights to the sides and accompanied by LED daytime running lights, forming a set interconnected with the grille through chrome fillets.

The rear breaks the tradition of the lanterns that invade the trunk lid and bet on a more common design, but with fillets that extend vertically on the ends of the body with very different final result.

The interior follows the standard of the L200, but with several unique elements. The center console has high positioning and features a new shift lever, new traction controls and the electronic parking brake. Also new are the four-spoke multifunction steering wheel, silver appliqués and black piano coverings. Overall, the interior is more upscale than the pick-up.

The total capacity is up to seven occupants and various electronic resources have been adopted to enhance safety. The list includes seven airbags, blind spot monitoring system, adaptive cruise control, emergency braking system capable of stopping the vehicle at speeds up to 10 km / h – avoiding collisions in large urban centers – cameras with 360 monitoring °, alert of change of track, among others.

Under the hood comes the 2.4 MIVEC turbo diesel engine being offered in two versions, one with 154 hp and 380 Nm of torque and another with 181 hp and 430 Nm of torque. Both are coupled to an eight-speed automatic transmission, specially developed for the new model. The Traction System is an upgraded version of the well-known Super Select, now with downhill and climb assistance functions.

Initially the model will be available only in Thailand and later in Australia, the Middle East, Africa, Latin America, and Russia.

This is the Mitsubishi Space Star 2016 renovated that will be seen on European streets. The first images show an up-to-date urban model that has been worked out in detail not only to keep it up in a competitive market, but to become a much more attractive option in all aspects, especially in its aesthetics.

The design takes a few steps forward, one of the aspects most criticized in the first version. It is modeled, except for specific details, in the American version (Mirage GT), featuring a bumper and a more elaborate front grille, with new chrome details, and also more stylized headlights in its interior construction.

The rear is also more attractive. It launches new flashlights with LED technology, a more worked bumper and a redesigned trunk lid. The novelty also focuses on wheels, with new designs, and the color palette, which debuts daring tones with greater visual impact.

The interior of the Mitsubishi Space Star 2016 is left to the technology, without presenting many innovations in the design, simply an improvement of materials that bring greater strength and quality to the passenger compartment. The main novelty is a multimedia system with a 7-inch touch screen with smartphone connectivity and connection to Apple Carplay and Android Auto.

There is much more news, resulting in an already well equipped car. Recalling that this is one of the most balanced options in the European market in its category, with a well-adjusted price. The two engines currently offered should not be modified, keeping the 1.0 MPI of access with 70 hp and a 1.2 MPI of 80 hp as top of the line.Recalling that the current line in Europe has a price starting at 10,000 euros.