Truck Safety Technology Can Prevent Thousands of Crashes Every Year 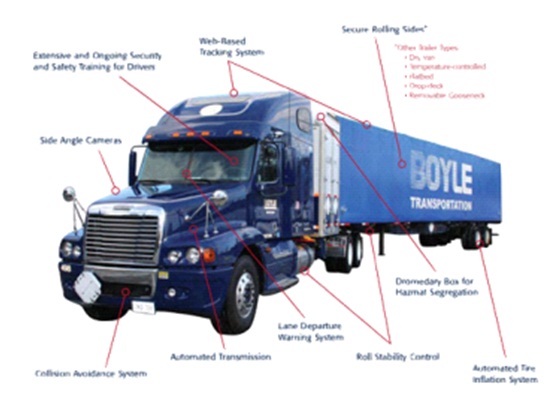 It has been reported that 4000 deaths and over 116000 accidents have taken place last year as a result of 400000 crashes that took place. This is increased by almost 4% from the previous year. A study shows that advanced truck safety technology has the potential to reduce these car crashes by up to 63000 per year. A survey conducted on how safe people feel while driving along with large trucks, 61% say they do not feel safe at all. Most people insisted that adding truck safety technology will help them feel safer.

A new study on “Leveraging Large Truck Technology and Engineering to Realize Safety Gains” was conducted to understand the benefits and cost of installing four key advanced safety technologies on both new and existing trucks. AAA Foundation for Traffic Safety, a nonprofit research, and education organization recently released a report on that survey. The report states that truck safety technologies save lives and the benefits of installing it outweighs the cost.

The size and length of the truck are huge and it makes 28% people included in the survey feel less safe as compared to the passenger car. These trucks tend to move out of the lane and the blind spot and visibility issue created by them is also a major concern. “Adding these safety technologies to the trucking fleet is not only cost-effective but doing so helps to alleviate driver concerns and prevents crashes,” says Jake Nelson, AAA director of Traffic Safety Advocacy and Research.

The following recommendation is for people to follow for safe driving:

If you have encountered a crash involving a commercial truck, contact us californiainjuryaccidentlawyer.com. We are experienced in handling such cases and can analyze the issues of insurance and liabilities related to injuries and property damage.